Yesou can tell when a swan is angry. It puffs out its wings and smashes its neck against its body, like a jack ready to come out of its box. Not that I’m an expert. It was clear that the huge white game bird chasing our canoe down the River Severn was not very happy. Even so, it was still a shock when 12kg of crazy bird spat at us, kicked my boyfriend in the back of the boat, followed me to hit me and then hissed.

In all his years on the water, our canoe guru, Nigel, later told us, he had never been attacked by a swan. But then that’s the beauty of a river trip, he added with a smile: “There are never two the same.”

Turns out you don’t have to sail the Nile or the Amazon for a wild expedition. You can make that dream come true on the Severn, the longest river in the UK, which meanders 220 miles from the Cambrian Mountains of Wales to the Bristol Channel. It is one of the few rivers in England with an undisputed legal right of access, yet it sees virtually no traffic. This year, Nigel Conway, owner of Shrewsbury Canoe Hire, has launched bespoke multi-day trips along a 125-mile stretch of the river: the Big Severn Adventure. So even earthlings like us can Huck Finn for a few days, camping or B&Bing along the way.

We had decided that conquering the Shropshire stretch would be adventure enough, paddling for four days downstream from Crewgreen to Upper Arley, just across the border in Worcestershire – a 65 mile journey, quiet countryside and fascinating stops. Nigel set us up with a boat and plastic barrels to keep our luggage dry and booked our guest rooms. We just had to paddle. And survive the swans.

After a potty introduction to canoeing, we set off. You could spend a lifetime perfecting your technique, but as long as you take it easy and avoid the “sweepers” and “strainers” – overhanging branches and partly drowned trees – it’s a relatively simple and deliciously easy undertaking. slow. Sarah canoe down the Severn

Lonely too. We didn’t see anyone else on the water. Sometimes we slipped under a road bridge, but most of the time our journey seemed from another age. Without the flamboyant herons, mallards and mandarins that surprise us as we approach, we might have ceased to exist. We were ghosts of the river past, reminiscent of the flat-bottomed trows that have plied this shallow waterway since the 18th century, when it was – unbelievably now – the second busiest river in Europe.

This otherworldly feeling was intensified by our perspective. At times our gaze stretched far across blazing rapeseed fields to the distinctive Wrekin, Shropshire’s 407m high Kilimanjaro. Often, however, we plowed through a lush, tangled furrow of mangroves; there might be civilization beyond the high banks but we wouldn’t know. To us the world was but a channel of pebble beaches and green reflections, fluff of seeds floating like fairies, and nimble bank swallows, fresh from Africa, peddling on the shallows. . A room at Darwin’s Townhouse

In truth, civilization was waiting nearby. We had also chosen this section for its possibilities on land, and that first evening we swept through Shrewsbury, a town nestled in a meander so tight that it is almost an arcuate lake. As we stroll through the old half-timbered centre, our legs are creakily reminded of their purpose as they transport us to a large, warm room in Darwin’s Townhouse, with underfloor heating perfect for wet canoe feet (the B&B doubles from £135; darwinstownhouse.com), and, later, a big warm slice of sticky caramel pudding. Walking up the independent shop-lined Wyle Cop, Grope Lane and church-flanked Bear Steps, I got the impression that Shrewsbury had changed little since Henry Tudor passed by in 1485 en route to Bosworth Field .

The next morning, Nigel helped us relaunch under the Shrewsbury weir, one of only two significant obstacles on our journey. The other was Jackfield Rapids beyond Ironbridge where we portaged – safe but strenuous, carry kit and 60kg boat along the shore. There are plenty of little riffles to surf though, offering just enough peril to delight novices. The water periodically fizzed; we chart a safe course, hit the churn, and enjoy the slight push, like hitting the turbo switch on an e-bike.

The unusual frequency of these Lilliputian whitewaters reflected unusually low water levels, cruelly ironic after devastating floods just two months before. At the Ironbridge Gorge Museum (currently partially closed due to flood damage), volunteer Mike Fennell told us that not too long ago the river was experiencing a 20 hour flood cycle year. “Now it’s basically every year.” 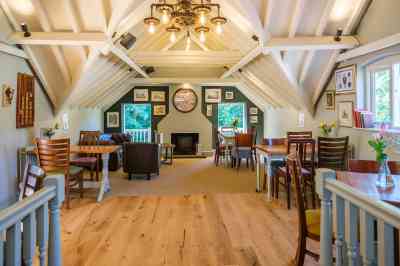 The Water Rat pub in Ironbridge

Overall, however, Ironbridge is aging well, rejuvenated with an idealized semblance of 18th-century industrial England. We stayed at the newly refurbished Water Rat pub right by the river (double B&B from £100; waterratironbridge.com), sniffed around in museums that explore the gorge’s manufacturing prowess and stocked up at Eley’s Pork Pies. Ironbridge’s namesake was the world’s first cast iron bridge. We crossed its wingspan on foot before paddling our canoe below, staring straight into its exposed red ribcage, like minnows eclipsed under 384 tons of metal.

Back with the wagtails and fish once more, I surrendered to the rhythm of lazy paddling. And I started to see what Nigel meant. “Whatever my misfortunes are, the minute I hit the water, they go away,” he told us. “I am absorbed in the movement.”

This third day, our movement took us to Bridgnorth, where we swapped the canoe for the Victorian funicular. He drove us to the town’s market square, the timber-framed houses, the warm welcome of the Croft Hotel (our 17th century home for the night; B&B doubles from £95, crofthotelbridgnorth.co.uk) and castle in the style of Pisa; Largely demolished during the Civil War, the crumbling Norman keep now leans at a precarious 15 degrees.

Bridgnorth was once a bustling port. At the time, its steep, winding Cartway was the only route for wheeled vehicles between High Town and the Quays, a notorious thoroughfare teeming with more than 30 pubs and brothels. “The sailors would get paid at the top and spend it all on the way home,” said the smiling waitress at the Black Boy, the last old Cartway pub still in operation. As Severn’s only ‘sailors’, we did our part to uphold the traditions, settling in for a pint of Ludlow Blonde. And somewhere between the beer and the river, I too felt my woes slip away. 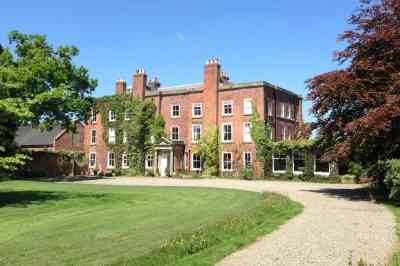 Three more lovely stays near the Severn in Shropshire

In a wide bend in the river near Shrewsbury, this 300-year-old country house has a wood-panelled dining room for hearty breakfasts, four guest bedrooms and a swimming pool.
Details B&B doubles from £100 (the-isle-estate.co.uk) As well as self-contained cottages, The Dinney also offers contemporary, rustic double rooms under oak beams, with views of the hills above the Severn Valley. Breakfast is prepared on the Aga.
Details B&B doubles from £85 (thedinneybandb.co.uk)