When we’re not outdoors, we get our dose of adventure by exploring social media and the web. Sometimes we’re a little too plugged in, and browsing adventure reads can take anywhere from a few minutes to several hours. To feed your own dose of adventure, here are some of the best adventure links we discovered this week.

Tim Cahill is an outside legend. Thank goodness he is not dead: Cahill’s stories and the exciting misadventures made Outdoor magazine what it is today. He talks here about his role in the creation of Out. From choking on snake blood and gallbladder cocktails in the name of journalism, to how he came back from the dead after a frigid swim in the Grand Canyon’s biggest rapids.

The climbers we lost: A tribute to the great and good of climbing who passed to the great relay in the sky. From the dean of adventure writing David Roberts, to high-altitude British star Rick Allen, and the K2 has fallen five times.

Wolves are always the bad guys in children’s media. Let’s change that: My girlfriend and I recently went through another set of box office killings. It ended with investigators accusing a wolf of the disappearance of some children. So I was interested to see Krista Langlois address the question of whether, by portraying predators as villains, we are influencing the way our children view the natural world.

Pioneer Route: A short film about a former Olympic alpine skier on an adventure with his daughter. With his daughter, he travels across northern Sweden, 40 years after going there alone for the first time. 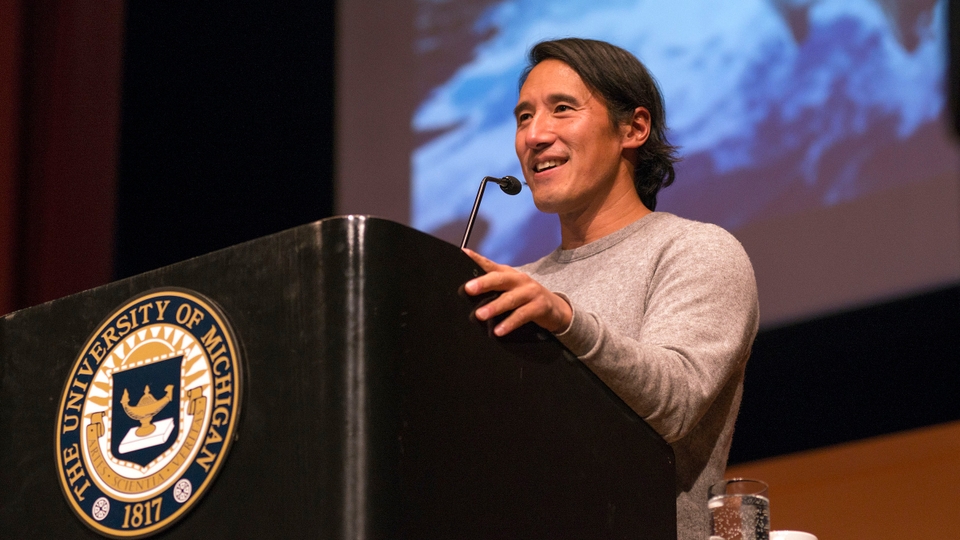 When he’s not shooting movies, Jimmy Chin chats with top-notch CEOs. Photo: Outside

Your Favorite Dirtbags Are Motivational Speakers: It’s not for everyone, and it’s nothing new, but peddling platitudes to conquer the mountains is still hugely profitable.

Estonia in winter: Into the Wilds by canoe and “Bog Shoe”: The peatlands of Soomaa National Park in Estonia are home to an amazing variety of birds and beasts. You might even spot the odd white-thighed bog swimmer.

Ash is an outdoor and adventure writer from the United Kingdom. His lyrics have featured in global media such as The Guardian, Outside Magazine and Red Bull. He works by day as a public health scientist and writes about the outdoors in his spare time. Ash’s areas of expertise are polar expeditions, mountaineering and adventure travel. For the holidays, Ash enjoys going on independent sled expeditions.