Act I: Juliana Howard bowed out on April 2, 2022. She was born August 24, 1940 in Iowa City, Iowa, daughter of Florine and Edward Jenness. She lived an adventurous life beginning with a brief stint at the Annie Wittenmeyer Home in Davenport, Iowa before being placed for adoption in April 1941 with her parents Charles and Elizabeth Hill. Her love of dance and the great outdoors began at an early age. She spent many childhood summers in Yellowstone until she was old enough to have her own independent camping adventures with Girl Scouts. She has been a Girl Scout all her life, attending Camp Manitowish in Wisconsin many summers; first as a camper and then as a leader, including being a scout guide for hiking and canoe camping adventures in Canada as well. She studied theater and dance at Goodman College and the University of Iowa. She combined these loves with her love for the outdoors in her Bachelor of Theater and Physical Recreation.
Act II: In 1963, Juliana married her husband Larry Howard and while supporting him through law school, they also started their family. After graduating from law school, they embarked on their next big adventure, settling in California. They completed their family by living in the Los Angeles area, lived in San Francisco for a short time, and eventually settled in Merced where they raised their three children. During this time, she was an outspoken advocate for women’s rights and the environment, working unsuccessfully to save the Stanislaus River from what became the New Melones Dam.
Act III: After her children grew up and her adoptive parents died, Juliana began her next big adventure in search of her biological parents. She was thrilled to reunite with and meet her biological mother, two of her biological siblings, and several extended relatives. She was grateful to everyone who let her into their lives and shared information with her.
Act IV: In her later years, she became a writer and published author of short stories. She enjoyed writing and sharing some of her most colorful life stories, such as riding the rails as a child and teaching ballet to football players at the University of Iowa.
Act V: Juliana was an organ donor; and at his death was able to give skin to burns; especially poignant given the pharmacy fire and the severe burns her father Charles Hill, a pharmacist, survived in the early 1960s.
Final act: Juliana is survived by her three children: Ulaine (Glenn) Hiles; Sabra (Jim) Abbate; Brent (Helene) Howard; his five granddaughters: Samantha (Brandon) Shaw; Sabrina, Alexandra and Victoria Abbate; and Marissa Hiles; and a long-awaited great-granddaughter, Josephine Shaw. She is also survived by two biological half-brothers and many extended relatives of her adoptive and biological family. She was predeceased by her parents Charles and Elizabeth Hill, her biological parents Edward and Florine Jenness, her ex-husband Larry Howard and her biological half-sisters: Rita, Betsy and Joy. At his request, the services will be private. 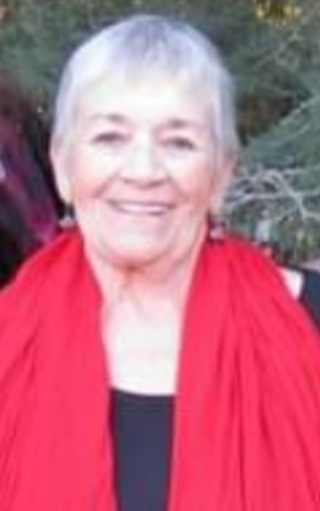