Coinneach MacLeod originates from the Isle of Lewis, the northernmost island of the Outer Hebrides in Scotland. As a man who loves his kilts, his dogs and his cookies, MacLead took on the nickname The Hebridean bakerbecoming a TikTok baking superstar during the pandemic.

Working from a wood-burning stove and living off the grid, MacLeod lives in a cabin with his partner, Peter, saying their home is only accessible by canoe, which makes ‘weekly shopping a bit of a challenge’ . MacLeod recalls his first TikTok post — a simple gingerbread that his friends kept asking for the recipe for. “I guess I should have realized that with friends being able to see it, everyone else could too.”

From traditional shortbread to vegetarian haggis, Coinneach MacLead shares their Isle of Lewis recipes in “The Hebridean Baker: Recipes and stories from the Scottish islands.”

The Shetland Bride’s Bonn was traditionally baked by the bride’s mother and broken over the bride’s head as she entered the marital home after the wedding ceremony. It was meant to bless the marriage with prosperity and fertility. Guests would rush to get a piece of broken shortbread to put under their pillow that night, as it was supposed to give you sweet dreams.

Coinneach MacLeod cooks from a wood-burning stove in the cabin he shares with his partner, Peter, which is only accessible by canoe. Photo by Euan Anderson. 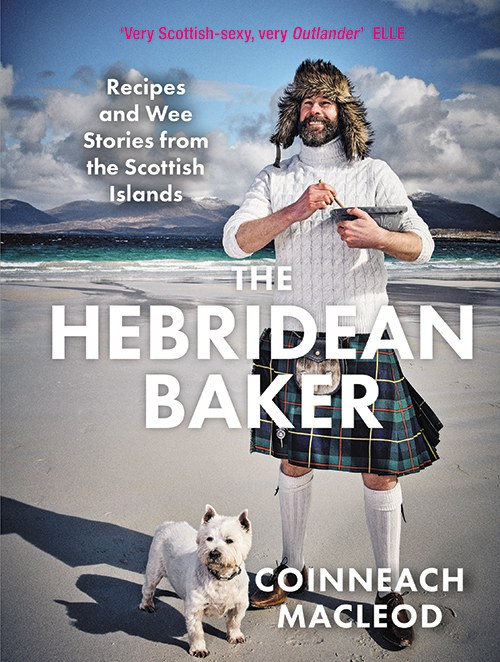 From traditional shortbread to vegetarian haggis, Coinneach MacLead shares their Isle of Lewis recipes in “The Hebridean Baker: Recipes and Wee Stories from the Scottish Islands.” Photo courtesy of Black & White Publishing.