In the ski community and among those at Cable, Popp and the ABSF vision seem to have a faith placed in her that previous attempts to remake Telemark have not deserved.

Gary Crandall sums up the feelings of the cable community: “We all have a strong desire for Telemark to regain a viable operation bringing back this enormous national and international concentration. I see the Birkie taking a more measured approach and hopefully this time telemark glory will bloom again.

“We all have a strong desire for Telemark to return to a viable operation bringing back this huge domestic and international focus.”

Meanwhile, for those for whom the tapestry of life weighs heavily on skiing and for whom telemark was a touchstone, there is already plenty to brag about. Eau Claire skier David Ecker said of his childhood in Telemark during its declining years that it was “one of the few places in the world where (cross-country) skiing was the center of the universe”.

“Many of us have spent the past few years mourning the loss of Telemark,” Ecker said. “I’m particularly excited about the (Birkies’) sustainable plan to focus on land conservation, rather than over-commercialization of property.”

For Popp, meanwhile, the nuts, bolts, facts and figures of ABSF leadership all point to the spectral joy, spirit and connection to the world that the name Telemark carries in the Northwoods: I am thinking of organizing a World Cup here. (in 2024) it would be amazing to line up Jessie Diggins next to Johannes Høsflot Klæbo” – a Norwegian seven-time Olympic medalist skier – “next to your father, my mother, a kid from Minneapolis who didn’t know what to ski it was two years ago, a kid from the Lac Courte Oreilles reserve, and so on. When we all sit at the same table, we all inspire each other, and that’s my ultimate dream at the end of the day.

To see this dream, you can now head two miles east of Cable, down a chip-sealed road where bridges offer glimpses of vernal pools and springs rising out of the Namekagon, see the glacial mound that has stood 10,000 years, brought life and connection to northern Wisconsin, and belongs to all once again. It’s a place like others scattered throughout the Northwoods – it is, after all, one of the most beautiful places on Earth – but here a certain ghost named Tony Wise, through half a century of hard work, folded and stuffed everything beautiful and good about the place into one singular word: Telemark.

With the vision Wise inspired alive and well through the Birkie, he can now watch over the rebirth, renewal and continued legacy of the Northwoods he helped create.

In other words, Telemark Lodge is just an apparition. Or rather, it always will be.

Ben Theyler grew up in Altoona, raced cross country skiing across the country and currently lives and breathes the sport while based in Crested Butte, Colorado. He wrote about skiing at faster skierand on other things in The Brooklyn TrainVolume One, and BJ Hollars’ Hope is the thing project (Available at the local store!). 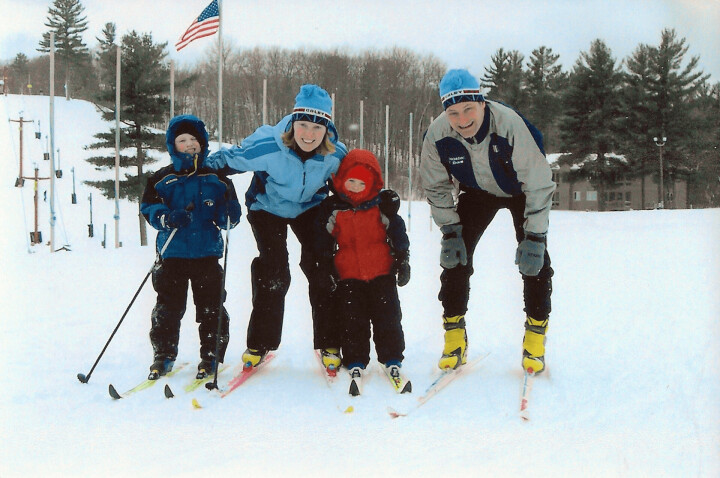 Growing up as a skier as Telemark Lodge crumbled